Until coming to Palm Beach in 2013, Fred Staley was a lifelong resident of East Tennessee. Having grown up in Knoxville, he spent four years at King College in Bristol, TN, where he received a B.A. in History/Political Science with a minor in business. He later earned an MBA with an emphasis in Management from Lincoln Memorial University in Harrogate, TN.

After marrying his college sweetheart, they returned to Knoxville where Fred spent twenty years in management in the construction and manufacturing industries. He gained experience in many business disciplines including human resource management, risk management, customer service, and others. He also spent time on the National Safety Council of the American Bus Association. At this point, Fred felt a call to apply his experiences in business toward furthering God’s kingdom. In 2006 he left secular business and took on the position of Business Administrator for Sequoyah Hills Presbyterian Church. Fred is an active member of the National Association of Church Business Administrators and served a term as President of the local chapter.

Fred is a huge baseball fan, especially the Philadelphia Phillies. He enjoys team sports such as softball and volleyball and looks forward to trying to translate his indoor skills to a sand volleyball court. His wife, Debbie, is an award winning author and teaches creative writing. She has a Masters of Fine Arts in Creative Writing from Goddard College. You can find her published works using her full name Deborah Grace Staley. Their son, Ethan, is a graduate of Maryville College in Maryville, TN, where he earned a varsity letter in baseball in addition to a B.A. in History. Ethan also holds Master’s Degree in Sports Management from East Tennessee State University. 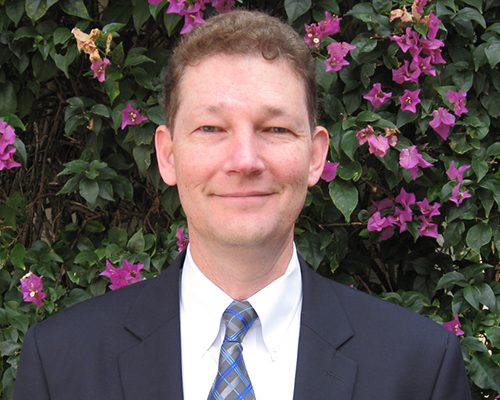