The Rev. Dr. Bob Dannals began his tenure as Interim Rector at Bethesda on July 1, 2021. Bob brings to Bethesda a wealth of experience, leadership, and pastoral care as both an interim and as a full time rector. He has served as an interim rector at All Saints’ Episcopal Church in Beverly Hills, at Holy Innocents’ Episcopal Church in Atlanta, and at Saint Bartholomew’s Church in New York City. Bob served as Rector of Saint Michael and All Angels Episcopal Church in Dallas, with its congregation of over 7000, and of churches in North and South Carolina. He is a graduate of Virginia Theological Seminary, with a D.Min. from Drew University and a Ph.D. from Graduate Theological Seminary.

A rare fifth generation Floridian, Bob is a prolific writer and teacher and an advocate of outreach and social justice ministry. His published articles and books include I0Q:Ten Spiritual Essays on Life’s Questions, the Advent/Christmas/Epiphany Commentary in the New Westminster Biblical Preaching Commentary, and daily lectionary-based E-Devotions. He has also been associated with national and international Episcopal and Anglican groups and boards as a member and participant. 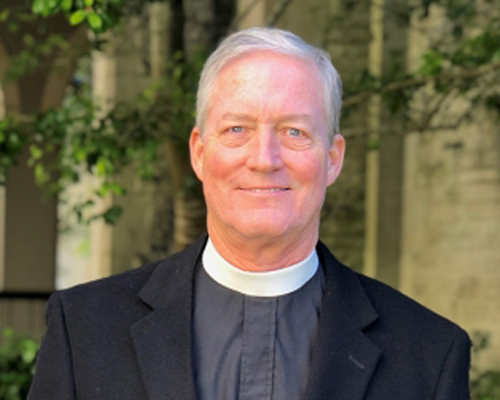