It is with great joy and excitement that we announce the calling of the Rev. Tim Schenck as the next Rector of Bethesda-by-the-Sea. Tim will begin his ministry in November, with his first expected Sunday service on November 20th.

Calling Tim to lead Bethesda was the unanimous recommendation of the eight-member Rector Search Committee, which for the last year has reviewed and interviewed a large number of worthy applicants from across the country. In the end, Tim clearly stood out as exceptional. After 12 months of diligence and discernment, the committee members developed the clarity of judgment as guided by the Holy Spirit to confidently nominate Tim as the outstanding candidate.

As we prepare to welcome them to Bethesda, take a minute to listen to his initial message to us below:

Raised in Baltimore and New York City, Tim graduated from Tufts University, with a BA in Political Science in 1991, where he was also enrolled in Army ROTC. Trained as a tank platoon leader and paratrooper, Tim served in the Army Reserve while working as a political campaign manager for candidates on the federal, state, and local levels. He received a Master of Divinity from Seabury-Western Theological Seminary in Evanston, IL, in 2000, where he served as student body president and won the prize for best student preacher.

Tim has served as rector of the Episcopal Parish of St. John the Evangelist in Hingham, MA, on Boston’s South Shore, since 2009. A parish priest for 22 years, he has also served as rector of All Saints’ in Briarcliff Manor, NY, and as curate at Old St. Paul’s in Baltimore, MD.

Tim brings to Bethesda his gifts as a preacher, writer, and digital communicator. He takes particular pride in growing vibrant and joyful worshiping communities. He is well known throughout the Episcopal Church as the creator of the wildly popular online devotion Lent Madness (think 32 saints in an NCAA-style bracket).

Tim is the author of five books full of humor and faith including, most recently, Holy Grounds: The Surprising Connection Between Coffee and Faith – From Dancing Goats to Satan’s Drink (Fortress Press). Active on social media, where you can follow him on Facebook, Instagram, or Twitter @FatherTim, he has long used digital spaces to keep communities connected and thriving.  He has been an active advocate for the online /in person church, also known as “hybrid” church.  To hear one of Tim’s messages regarding this worship model, follow the link below:

Tim and his wife, Bryna Rogers, a native of Westchester County, NY, have two sons in their early 20’s, Benedict and Zachary. Bryna currently serves as Director of Development & Community Relations at Bay State Community Services, a social service agency. They share their home with two rescue dogs, Cooper and Daisy Duke.

The Schenck family will be moving into the Rectory in late October to begin their lives in Palm Beach. The Bishop will institute Tim on Sunday November 13th. His first Sunday service is expected to be November 20th. 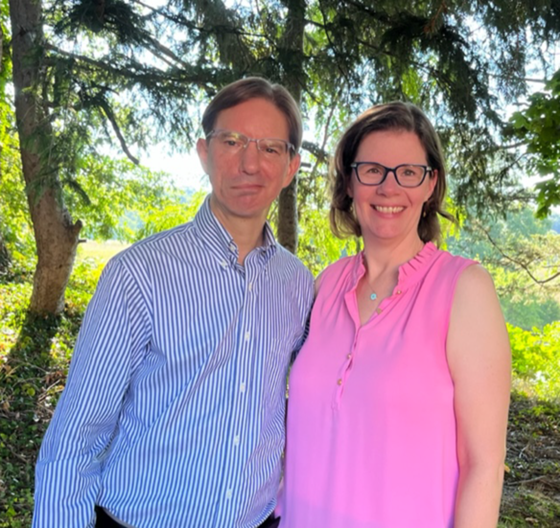 We all are indebted to the extraordinary efforts of the Rector Search Committee.  Please thank John Brim (Committee Chair), Katie Wandoff (co-chair), Barbara Callahan, Beth Cole, Suzanne Crawford, Chuck Hagy, Johanna Reyers, and Tanner Rose. They each devoted countless hours and prayers over the last twelve months to serve our congregation and to help us move forward in this new chapter in the life of Bethesda and our community.