A dedicated church musician, Stuart joined the Bethesda family in 2020. Stuart’s love of congregational song and choral music has drawn him to concentrate on music of the church, from children’s choirs, choir tours to Notre Dame and Westminster Abbey, through massive festivals such as the 600-strong choir for the Episcopal bishop’s 2014 consecration in Massachusetts. A lifelong passion for sacred music was cemented at age 15, when he began accompanying the Chapel Choir at school for the first time. He has been a regular parish organist since age 13, having started organ lessons 7 years earlier.

Stuart has performed throughout both hemispheres as an organ soloist, accompanist, and conductor. As a composer, he has written congregational music, organ music, and choral anthems. Stuart has also composed more than 150 hymn arrangements and numerous organ transcriptions, many of which are published; his landmark organ transcription of Dvorak’s Ninth Symphony, “From the New World,” was published by Éditions Chantraine, Belgium. He has been broadcast around the world and has recorded numerous CDs, including solo performances on the JAV and Pro Organo labels. The 2019 recording Love so amazing features organ, brass, percussion, and choirs singing 19 of Forster’s hymn arrangements, and was released by Affetto Records for international distribution by Naxos; Vesper Light was recorded live on tour in some of America’s finest ecclesiastical buildings. Forster’s book, Hymn Playing: A Modern Colloquium, compiles the thoughts and practices of leading church musicians, setting a new standard for teaching organists about engaging congregational song. He regularly teaches workshops on hymn playing.

After studying Economics and then Music at the University of Sydney, and then earning a Fellowship Diploma from Trinity College of Music in London, Stuart traveled to the United States in 1996 to study with Professor Thomas Murray, earning two degrees from Yale University. Invaluable to Stuart’s training have been an Organ Scholar position at St. James’ Anglican Church, Sydney, and Fellow in Church Music at Christ Church, New Haven, Connecticut; he was Director of Music and Organist at Christ Church, the Episcopal Church in Harvard Square, Cambridge, Massachusetts, from 1999 until 2020. He earned a Doctorate in Sacred Music at the Graduate Theological Foundation, South Bend, Indiana, with a focus on the congregation’s experience of music and flow within liturgy; his dissertation documents and analyzes current practices of hymn leadership and accompaniment with the organ.

Among Stuart’s hobbies are travel, cooking (and eating!), and his food-motivated cat Wills. He and Michael, his partner in culinary crusades (also an organist and choir director), are very excited to be part of the incredible Bethesda family.

Details of Dr. Forster’s compositions, performances, and recordings may be found on his web site: www.StuartAForster.com 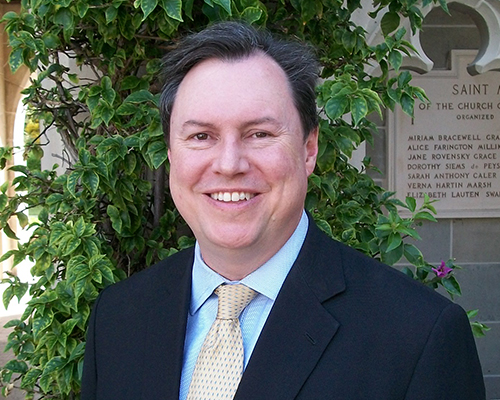 Associate for Music and Liturgy, Organist and Choirmaster